Without giving any spoilers or too much away I will tell you which shows to watch on Netflix and Hulu. This won’t be a debate on which company is better. *Coughs Netflix! No doubt the “television” juggernaut has a wealth of options depending on your tastes. Personally, I like to go for shows with characters I can relate to or whose struggles I can identify with.

Warning: I won’t be including just newer shows but a couple from the past too. Entertainment is invaluable during these times of lockdown and going stir crazy at home. I don’t intend to tell every single detail about these shows, but just the key details. So, without further ado, here are the 4 MOST UNDERRATED NETFLIX/HULU SHOWS YOU NEED TO WATCH & WILL BECOME OBSESSED WITH IN QUARANTINE! ????

(NETFLIX) Outer Banks is the newest show on this list. It’s a mystery-drama that follows the lives of five close friends: John B (leader of group and main character), JJ (wildcard), Sarah (John B’s love interest), Kiara (cute biracial chick), and Pope (the brains of the group). The premise of the show is that a hurricane strikes the town leaving it powerless and as a result starting a chain of problematic events. Thereafter, John B is on the search for his father who’s been missing at sea for about a year. But what he finds is a treasure…

As its name suggest, it is set in the Outer Banks in North Carolina where they live and get down and dirty. They do the typical summertime shenanigans that you would expect from teenagers; partying, boat-rides, and fights. They are divided into two groups: The Pogues and the The Kooks (euphemisms for the rich tourists and poor locals respectively). Expect summertime sadness and sob stories (tactfully told) in all its glory.

The characters are portrayed by young, up-and-coming actors who do a phenomenal job emoting and becoming their characters. This show just wrapped up filming for the 2nd season so in the meantime in-between time you need to binge-watch the first season. You don’t wanna miss out on this Netflix gold!

“Equal? You could only vote if you owned land and didn’t have a vagina”

(NETFLIX) Adapted from the 2014 film of the same name, Dear White People is a drama-comedy which takes a deep dive into the troubling lives of Black Ivy League students at Winchester University and the aftermath of a Blackface party gone wrong…Not that a Blackface party would ever go right, but I digress. Its timing could not have been more perfect, coming out the same year Donald Trump became President. Racial identity, socioeconomic class and civic engagement are huge themes.

Obviously, since they are at a PWI, the Blackface Party evokes much controversy and rightful outrage…A controversy and outrage that Sam White (played by Logan Browning) blasts daily on her campus-syndicated radio show called, you guessed it… Dear White People. Ironically, she is dating a White guy named Gabe (White ally type) whom when he isn’t blowing her back out, is either encouraging her or cussing her out.

Another case of the tragic mulatto. She admittedly finds joy in calling him nigga because of the fact he can’t say it back. Self-deprecating jokes and inappropriately-timed moments of levity give the show a lighthearted feel that’s addicting. Her entourage consists of Coco (Bougie girl from the hood), Joelle (a round-the-way girl), Rashid (Kenyan student) Reggie (Huey Newton reincarnated), Lionel (smart gay kid), Al (comedic relief) and Troy (son of the Black Dean).

They’re mostly all involved in Black Student Union and occasionally have minor beefs with the African-American Student Union. Honestly, many times throughout the series it comes off as bratty and entitled rich kids’ behavior. It is filled with tons of Black pop culture references from The Real Housewives of Atlanta to Stacey Dash, Omarosa, and Ben Carson.

My favorite characters are Coco and Troy. Colandrea AKA Coco is determined to make something of herself. Although she is a bit bougie, her beauty and roughshod ambition make it easy to root for her. Troy is just the guy who everyone wants to be. As son of the Dean he yields a certain influence among his fellow students as evidenced by his election as Student-body President. He acts as a liaison between his Black and White homies.

The show’s full of racist Internet trolls, relationship musical chairs, opportunism, and downright unexpected changes. Many of these kids are in a nexus of staying genuine to their roots and conniving their way to a better more fruitful future. Even if it means “selling out”.

The character development is somewhat refreshing to see in a majority-minority cast; and the fact they aren’t reductive stereotypes. Even though Joelle almost dates a “dusty” Hotep…Maybe I’m revealing too much. Anyway, I’d often wonder “why don’t they just transfer to a HBCU?” But figure that the PWI experience is good for them to get into the real world.

Although Sam is the main character, the other characters sometimes get an episode or two to tell their own stories which allows you to fulfill your imminent curiosities about them. Their stories interweave like a “loudly” colored quilt of “Shea Butter Twitter”, intersectionality, and identity politics.

(HULU) I am positive that the reality show Jersey Shore is a household name and you have heard of it before, but it’s still kind of underrated. Anyways… Expect fake tans, over-the-top big personalities, wild hookups, roommate violence, and drunk escapades. The cast comes from all over, New Jersey proper, New York, and Rhode Island.

Trite, superficial and so late 2000s/early 2010s. The cast plays on Italian Guido/Guidette culture like nobody’s business. If you’re a fan of trashy no-holds-barred early 2000s TV, this is the show for you! Big muscles, nicknames, and big boobs galore! Ron and Sammi’s annoyingly dysfunctional relationship is a reoccurring theme.

No doubt, fun-loving Nicole “Snooki” Polizzi and cocky womanizer Mike “The Situation” Sorrentino (aptly nicknamed) were the standouts of the show. These were the only two I was familiar with before actually watching the show, so that’s saying something. The Situation is always instigating a situation or creeping and poor Snooki can’t ever catch a break! It seems like every other episode (in the first season especially) she gets into a fight or insulted in some way.

I’ll admit the best part of the show is learning all the regional slang and weird colloquialisms. Terms like “grenades” (fat ugly chick), “landmine” (skinny ugly chick) and “GTL” (Gym, tanning, and laundry in that order). Also “kid” which can mean literally anyone from an actual child to a 40-year old man. Before posing in front of step-and-repeats and signing autographs, they were just eight kids living it up in Seaside Heights, New Jersey. SallyAnn Salsano deserves a medal for creating this series.

(HULU) This Is Us by far has one of the most unique plots of ANY TV show out there. It’s a drama about three siblings all born on the same day and in different places in life. Randall played by Sterling K. Brown (the Black guy in the photo above), and his two siblings who are twins navigate their lives and have a close bond that’s often tested; They even have a rhymey family mantra that they recite often; typically after something dramatic has just went down to enforce sibling “togetherness”.

The White brother is a mildly successful actor named Kevin and the sister, a hopeless romantic “voluptuous” woman named Kate who struggles with her weight. The show covers several different time periods so it’s important you pay attention because if you don’t you’re going to be out-of-the-loop.

Childhood flashbacks of Kevin being outcast by his peers in the schoolyard for having a brother who’s “Other” really illustrate the resentment Kevin still holds toward Randall. He also is jealous that his parents loved Randall more, when in reality they just needed to show him more attention. Classic sibling rivalry.

This is because he looked different from the rest of the family and moreover, Randall’s parents abandoned him at birth and left him at the fire station. His adoptive parents (Kate and Kevin’s biological parents) took him home from the hospital the same day that they had the twins. I’ll stop while I’m ahead. All in all, the show is very well-written. Well…That’s a wrap folks! Be sure to check out these shows and leave a comment!! 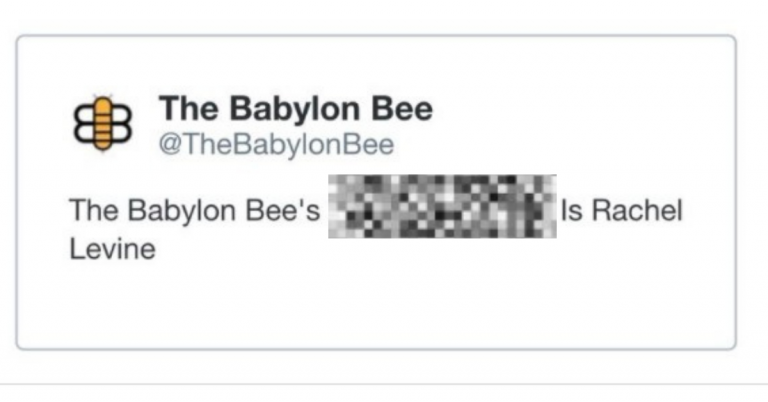 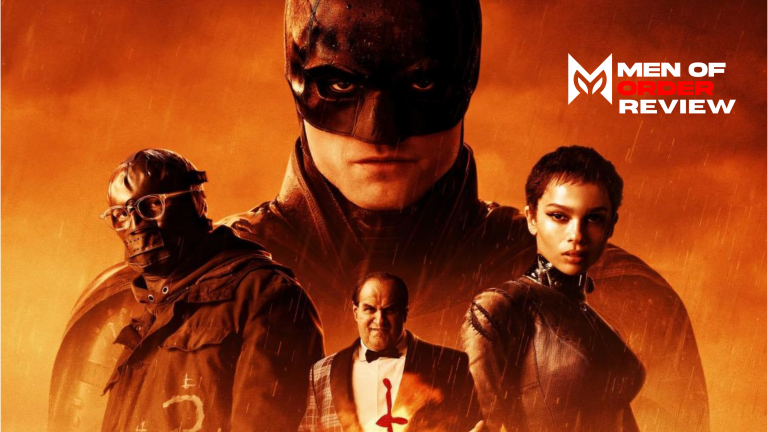 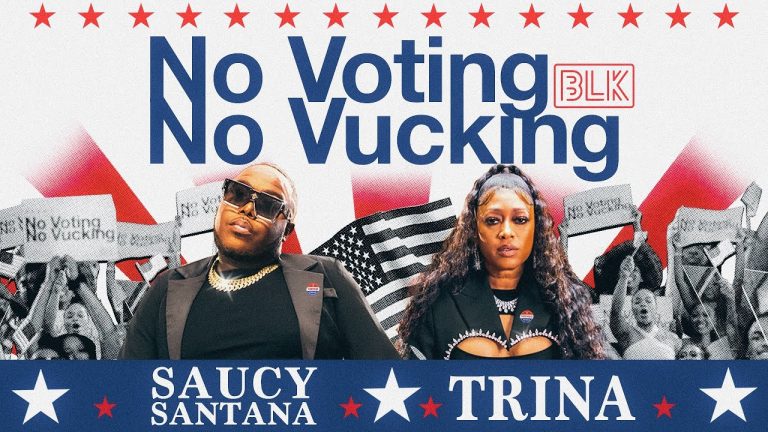 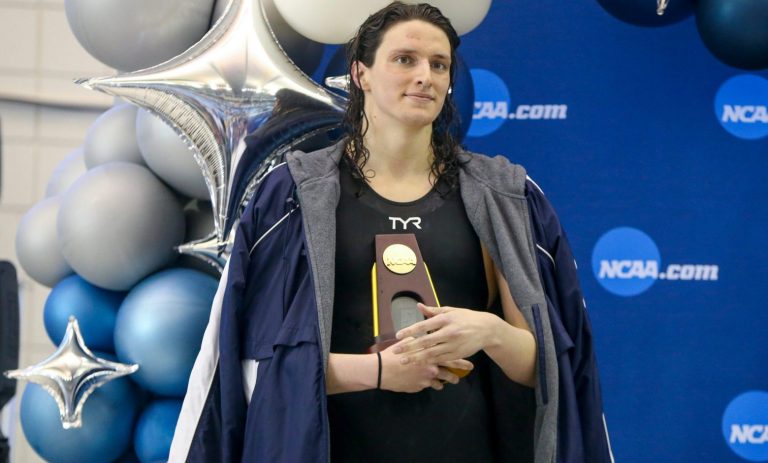