Are Athletes Allowed to be Human? Naomi Osaka and Her Public Battle with the French Open. 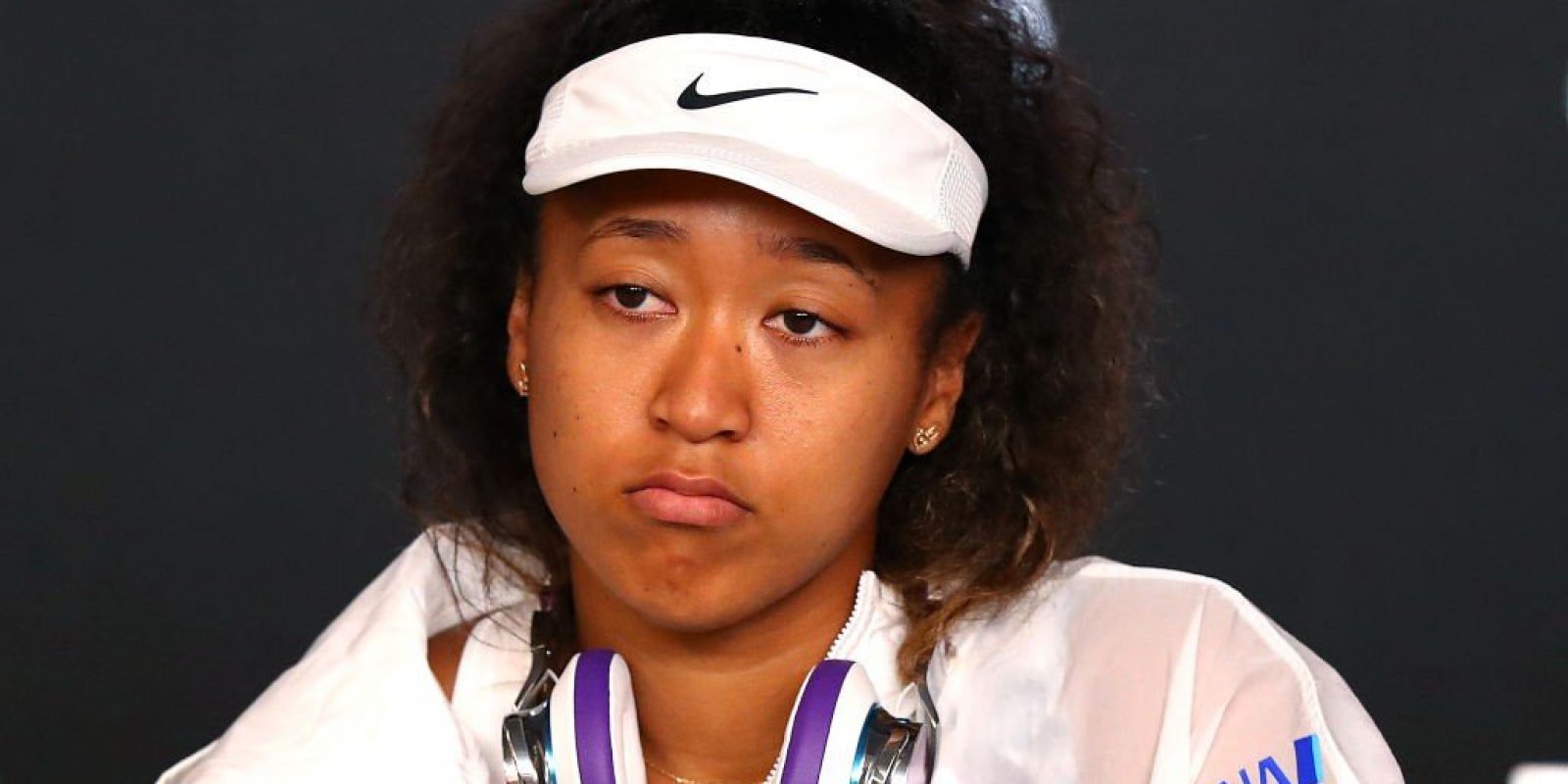 It is past time we have some uncomfortable conversations and call things the way we see them. Naomi Osaka has set the sports world on fire and brought current and former athletes of all sports, as well as activists, together in support of her withdrawal from the French Open to take a “self care” break.

Questions of mental health, media treatment of athletes, and the responsibility athletes have to their fans and sponsors have risen to the forefront of the collective sports consciousness. But this also seems like the perfect distraction—just in time to take the attention off the intellectual REVOLUTION that is Kwame Brown.

Should athletes be spoken about and treated as though they are owned by fans, sponsors, and media? Is it fair for media to focus so much of its energy on hyper-critical reporting? Even at the expense of the enjoyment of sports for the athletes and consumers alike? Not to be cliché, but there’s a lot to unpack here…

Do athletes own themselves?

Self-ownership is so poorly instilled in our culture, the term can seem foreign. But with Naomi Osaka and Kwame Brown assuming the cultural sports spotlight, this question must be asked. Do athletes own themselves? Athletes are treated as though it is their responsibility to live up to even our most unrealistic expectations, to entertain us even at the expense of their own health (physical AND mental) and endure, if not embrace, their own exploitation. This is not to downplay the legitimate responsibility we all have as employees or as entrepreneurs to deliver what is expected to our employers/customers if we intend to remain employed or in business.

We have to recognize, however, that there is a difference between fulfilling your responsibility when you’re physically able to do so and having that responsibility stretch into being worn down physically and, in many cases, mentally. And beyond that, being expected to perform like robots with no humanity, smiling through the pain as the entire world watches.

The physical drain, coupled with playing through injuries that cause permanent damage can be grueling enough. The expectation from fans and commentators that you’re never permitted to have an off day and that you’re expected to endure relentless criticism in the face of your own disappointment with your failures can beat down even the strongest among us. And they are expected to do it all with a smile in front of the company logo. That’s more than these armchair critics would be able to handle themselves.

Naomi Osaka is well within her rights to refuse to speak to reporters, especially given the fact that she was willing to accept the fines levied as penalties for her silence.

Whether it’s a PSA encouraging onlookers to undergo certain…ahem…medical treatments, political or social justice activism, or stepping in to protect the corporate and international business interests of their leagues sponsors; athletes are all too eager to push official narratives. That is, when they aren’t serving as distractions from other events and conversations that are getting too much attention.

Kwame Brown spent the better part of two decades quietly enduring abuse at the hands of teammates, league mates, and commentators. As he came out of his silence in the last couple of weeks, he did not hold back in exposing the athletes and apologists who are all too quick to toe the company line. Even if they do so at their own expense and at the expense of honest discussions of complex topics.

The final chapter of this Naomi Osaka saga has not yet been written, but it appears she may not be willing to play their compliance game—in spite of what it may cost her. Or is she loosely following a tried and true script? Time will tell.

Naomi Osaka vs. the Culture that Scoffs at “Self Care.”

The true issues surrounding mental health – as they relate to sports and the lives of athletes – are often left unaddressed until after an athlete has risen from the ashes of their suffering, become yet another casualty of depression, fallen into drug or alcohol addiction, or even committed suicide. Naomi Osaka‘s withdrawal from the French Open serves as a rare reminder that even the most admired professional athletes battle to keep it together under intense pressure.

Athletes aren’t permitted to be human beings. “I paid for my tickets and I’m wearing their jersey. Why aren’t they out there performing to make me happy?” “You make millions of dollars to PLAY A GAME! Stop whining and do your job! This is part of what you signed up for!” So much of this undue pressure comes from the fact that many people are living their lives vicariously through these athletes. And if the pressure isn’t coming from fans and commentators, the team owners and corporate sponsors will be there to apply pressure with their own set of expectations.

Not many people would be able to withstand that pressure without either exploding or going into a shell.

Many of the greatest athletes of all time have been lauded for their ability to perform at their peak in spite of the pressure; some even thrive under pressure. But even they admit that it takes a toll on their mental health. Why are we surprised when a 23-year-old struggles under relentless scrutiny? Should we be surprised when Naomi Osaka elects to take a break and withdraws from a tournament to care for herself?

It’s really easy to sit in a recliner or behind a studio desk and heap criticism of an athlete’s performance. It is part of the game to an extent, but I often wonder if these critics consider the human being on the other side of that criticism and on the other side of those questions. How would you handle a major failure at your job that you are already upset about and, while it is fresh in your mind and you’re still stinging from it, a reporter walked up to ask you about the details of your failure? What about when they go back to the studio and spend the next three days of 24/7 coverage with video montages of your failure?

Kwame Brown and his treatment by TV pundits has shown a glaring spotlight on this issue.

While I will never call into question someone’s request for time and space to deal with their own mental health issues, I will call into question the coordinated response of current and former players from all sports – and even some in the media – to offer their support when little to no such support was offered in the midst of one of the most epic refusals to speak to media in the history of sports.

In January 2015, Marshawn Lynch refused to speak to media during the Super Bowl media days. This media availability is a contracted requirement, the violation of which is subject to massive fines. In classic Marshawn Lynch fashion, he crafted the perfect response to avoid the fines and still hold true to his principles. After he was fined $130,000 over the course of that season, he crafted the response “I’m just here so I won’t get fined.“

“Y’all shove cameras and microphones down my throat. But when I’m at home in my environment, I don’t see y’all, but y’all mad at me. And if you ain’t mad at me, then what y’all here for? I ain’t got nothing for y’all, though. I told y’all that.”

While many in the media, as well as his contemporaries, found that tactic humorous and clever, they were careful not to challenge “the shield” as NFL Commissioner Roger Goodell calls it. Everyone knows where the bread is buttered and principled fire brands like Marshawn Lynch are rare.

So what’s really going on with Naomi Osaka?

That’s why it was surprising to me that so many athletes and commentators came to the defense of Naomi Osaka…so surprising that it actually caused me to, at least briefly, question her true motives. After all, even her biggest sponsor, Nike, has stood by her decision. When there is such overwhelming consensus and the takes of professional contemporaries seem so much like copypasta, it is only natural that my Spidey senses get to tingling.

The timing in relation to the emergence of Kwame Brown and his explosive cultural commentary moves the senses from tingling to on high alert. Is this just another in a series of distractions from very important and as yet unresolved conversation? Is it just a coincidence?

Does it matter in the grand scheme of things relative to the mental health and self ownership of athletes? This is the question we should be asking ourselves. Give this young lady her space and remain aware of how sports and media coverage of sports are used to manipulate us.

Hotep and Build. And stay tuned for an update about the upcoming Jianchor Sports show we’re launching where we’ll be tackling topics such as these in the news in the way only we can…