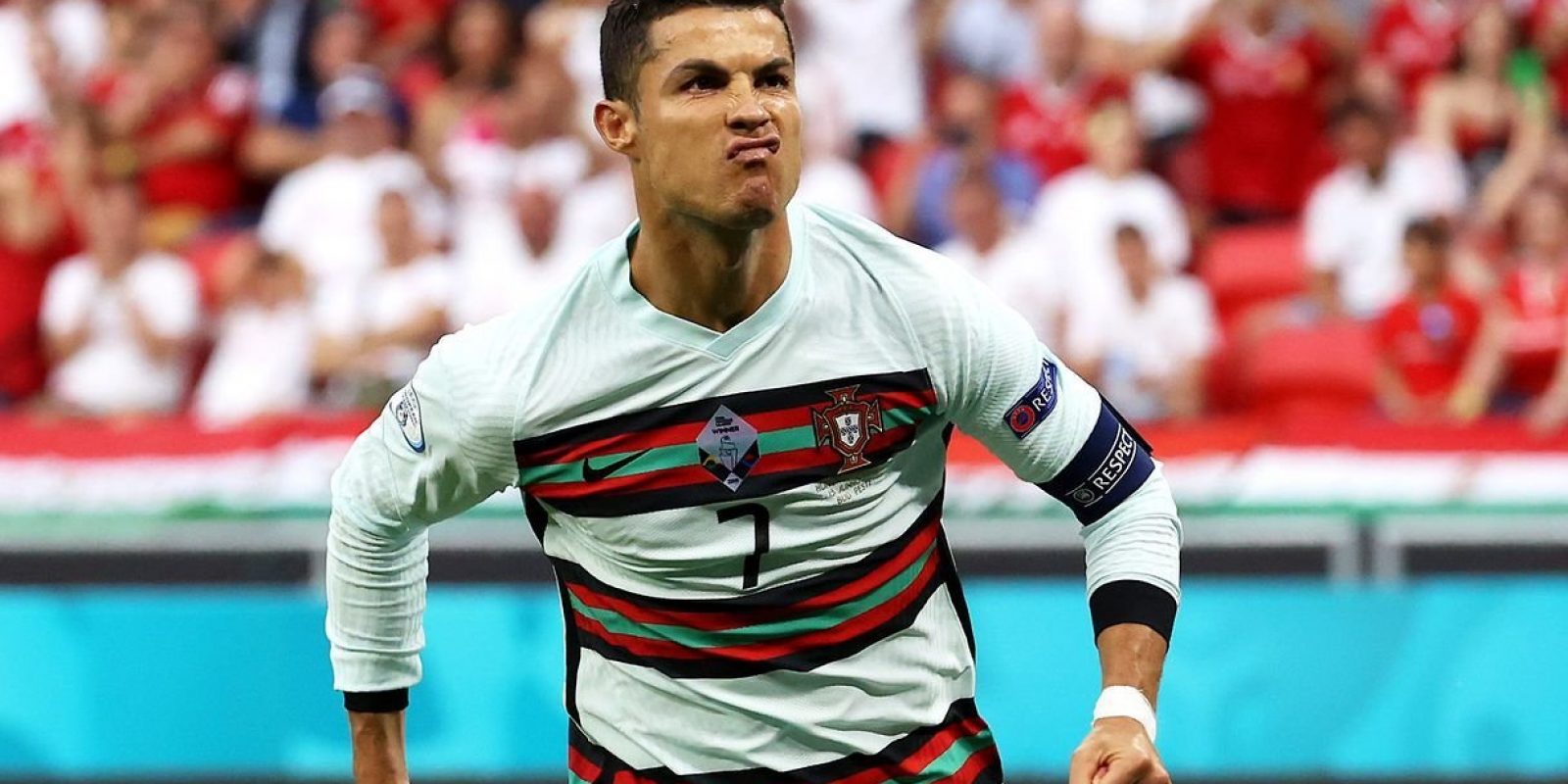 If you are on Twitter at all, you probably saw it. A video of Soccer star Cristiano Ronaldo removing two bottles of coke from the platform of a press-conference went viral yesterday. Coke stocks plummeted 3 percent and $4Billion dollars today as the video made the rounds, making the world a much healthier place in mere hours.

After an apparent match, Portuguese footballer Cristiano Ronaldo came to the platform of a press conference to answer some questions. In front of him were two bottles of Coca-Cola. This is a common practice, as companies such as Coke or Gatorade, often sponsors of the leagues or teams involved, place their products for advertising. Most players don’t bat an eye, and shill for whatever drink company puts money in their pocket. However, Ronaldo seems to be a different breed.

Obviously disgruntled, he took down the two bottles of coke, slid them to the side of the table, then lifted up his non-label bottle of water, proclaiming “aqua” to the press. This was such a simple, yet savage move on his part. And the style and directness of his message was undoubtedly one of the reasons for its virality.

Cristiano Ronaldo is a beast. Soccer players are some of the best athletes in the world, and their physical fitness is legendary. Ronaldo is considered by many to be the best player in the world, so his fitness is on a whole other level. Do you think he drinks Coke? No. No he doesn’t.

He actually despises it, and has been quoted at being “pissed at his son when he drinks coke.”

As an athlete, he takes excellent care of his body, feeding it high protein foods and drinking lots of water. According to sources, he’s known to eat up to six meals per day. In addition, he will take five 90-minute naps throughout the day, equaling 7.5 hours of sleep. His health is down to a detailed science, and throwing something like Coke into that mix would derail the whole thing.

The Ingredients of Coke

A single can of Coca Cola contains 10 teaspoons of sugar. 10 teaspoons in one can! The daily recommended limit for sugar intake is just 6 teaspoons. A person would usually throw up as soon as they drank the coke, but the phosphoric acid it contains dulls the sweetness enough for the person to keep it down.

It also triggers dopamine in the brain, which urges addiction, leading one to drink even more coke. When people drink sodas, they usually don’t have just one. I’ve seen people drink six on the daily. That’s disastrous for your health.

High fructose corn syrup, found in abundance in coke, has been linked to problems such as high blood pressure, heart disease, diabetes, and obesity. It has also been known to increase uric acid levels which directly result in gout, an extremely painful disorder of join inflammation.

Other symptoms include problems with sleep, memory, motor coordination, along with decreased kidney and liver functions. Skin issues like acne, muscle deterioration, and even the onset of dementia are all problems associated with drinking this diabolical liquid concoction.

It virtually contains no vitamins, nutrients, or minerals, and simply serves as an intake of toxic processed sugar.

Problems With the Company

The devilish sugary drink is bad enough, but the company’s practices should steer anyone away from ever supporting these products. Owning over 500 brands, many of which are drink companies, Coca-Cola has been in the news countless times taking control of water resources in places that desperately need it.

In India, there have been numerous fights between Coca-Cola and local populations as the bottling plants take massive amounts of groundwater, leaving the farmers and local people who depend on it left with nothing. Even in years of severe drought, the company would continue their water-taking unabated.

What water that remains is often polluted with toxic chemicals like fluoride, causing all sorts of health problems.  In Rajasthan, they protested for over a decade, until finally Coca-Cola picked up and moved their plant, but not before destroying the local water supply.

This not only happens in India, but all over the world. They suck up precious groundwater, mix it into bottles filled with sugar, then sell it back to you as you get more and more obese. What a sweet deal!

The Message Is Clear

Thank you Cristiano Ronaldo for making the message simple, clear, and powerful. When most athletes and celebrities are more than happy to push unsavory products to fatten their pockets, you took a righteous path.

Put down the coke, the sugar, and the chemicals. Companies like Coca Cola are destroying the natural resources of vital communities while simultaneously making a huge part of the human population sick and unhealthy, all while raking in billions of dollars.

So, the next time you buy a coke and take a sip of its dark forces, remember what you are supporting. Is that the world you want to live in? Take a page from Ronaldo’s book. Put down the coke, and pick up the agua!

If you or someone you know has an addiction to coke or any other substance, I can help. I am a hypnotist specializing in health and weight loss. Check out my program Feel Great Lose Weight, or contact me at HypnoEarth.com to learn more.