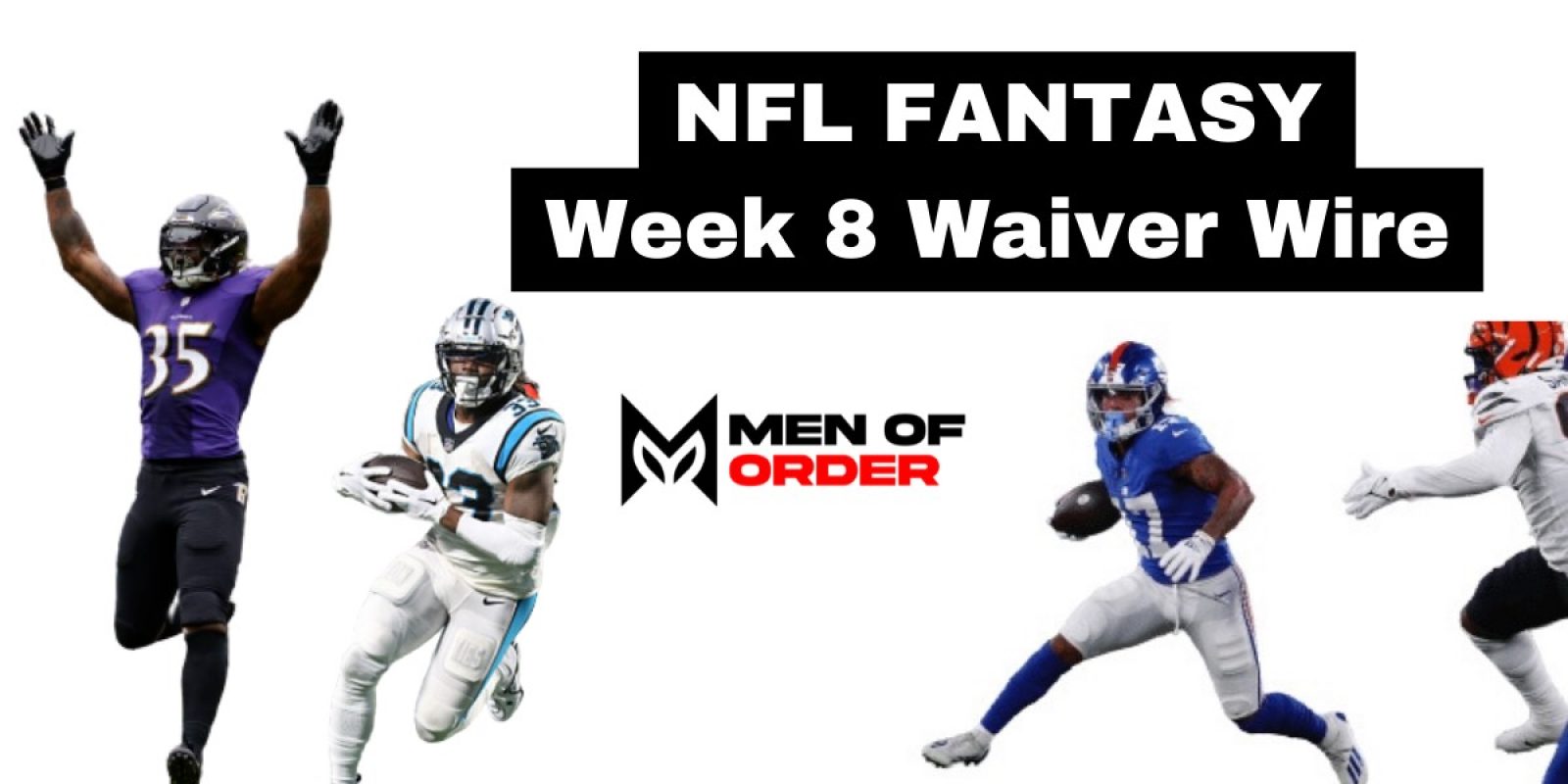 Here are three players to add via the Waiver Wire ahead of week eight.

Rostered in 13.8% of Fantasy Football Leagues

Wan’Dale Robinson has emerged as one of Daniel Jones’ top targets in a weak receiving core.

Since coming back from injury, Robinson has tallied 23.7 points across two weeks against the Ravens and Jaguars. In week six against Baltimore, Robinson racked up 37 yards and a touchdown on three catches; in week seven against the Jags, Robinson caught six of his eight targets for 50 yards en route to an 11 point day.

Robinson’s numbers don’t jump off the page, but with uncertainty in the Giants receiving room, the rookie may have played himself into a bigger role for the future.

Rostered in 35.4% of Fantasy Football Leagues

With the Panthers trading All Pro Running Back Christian McCaffrey to the San Francisco 49ers, a spot for the lead guy in Carolina’s backfield is up for grabs. Last week, D’Onta Foreman rose up to the challenge against a talented Buccaneer front seven; he ran for 118 yards on 15 attempts, caught two passes for 27 yards, and put up a healthy 16.5 fantasy points.

Even during Christian McCaffrey’s stints on the Injured List, the Panthers have always had a run-heavy approach; however, injuries to Quarterbacks Sam Darnold and Baker Mayfield emphasizes that game plan even more.

The one knock to Foreman is that he will be splitting carries with Chuba Hubbard next week at Atlanta. Though, the important thing to remember is that Carolina will hand the ball off a lot, so there will be a ton of opportunities for Foreman regardless.

Do You Bet on Sports?!

Rostered in 16.3% of Fantasy Football Leagues

Gus Edwards began his 2022 campaign with an impressive performance. Having missed the previous six weeks with a knee injury, Edwards racked up 66 yards on 15 carries and scored two touchdowns.

Edward’s big day was created because of an injury to J.K. Dobbins who just got transferred to Injured Reserve, meaning that Edwards will have an extended opportunity to produce. Edwards and the Ravens will be matching up against the Buccaneers on Thursday Night Football, look for Edwards to get the ball often in this affair as the Bucs defense is coming off a rough showing against the Carolina Panthers.