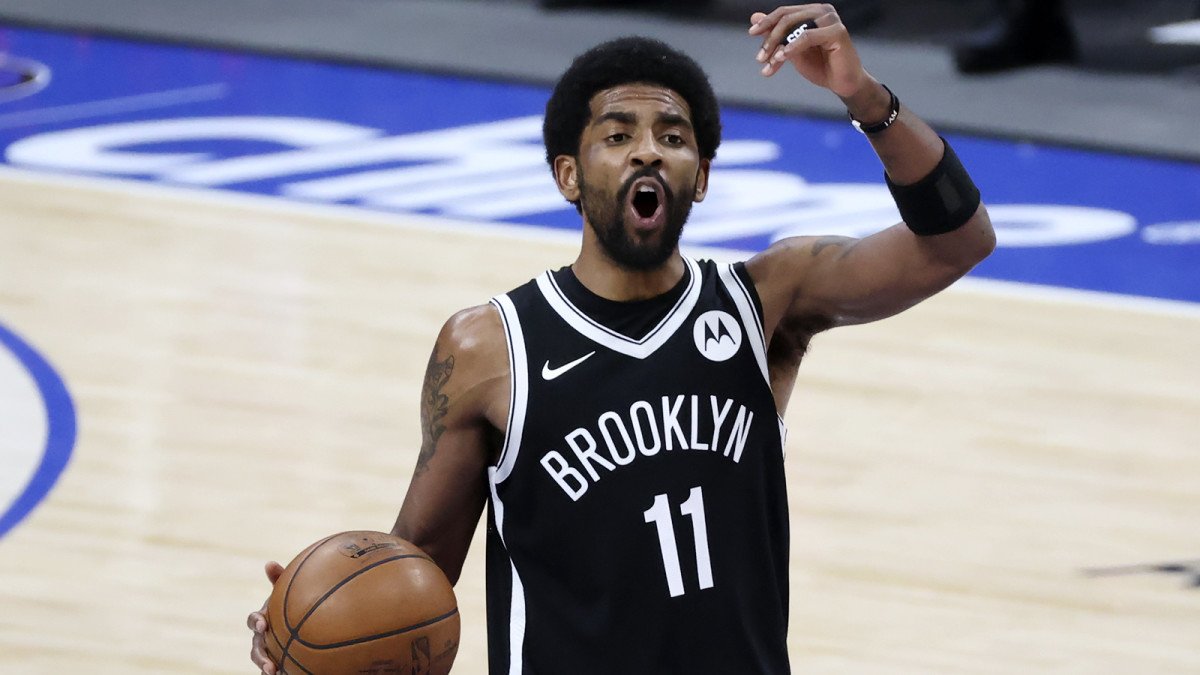 by Men of Order
Culture, Sports

These 5 players are a few faces of the players who are speaking out against the NBA’s vaccination pressure.

Unvaccinated players are allowed to play in the upcoming season, but, the NBA states that the athletes will have to be tested daily on practice and travel days.

Along with this, the unvaccinated players will have to test at least once on game day along with having to wear a mask.

Fully vaccinated players will not have to get tested daily.

According to the NBA, reports show that 90% of the players in the league have been vaccinated.

With that being said, the players mentioned above have shown some hesitation on whether or not they want the vaccine.

The most notable star to speak his mind is Kyrie Irving. The funny thing is, he hasn’t even said much about his status. In fact, he barely has said anything at all. So why is he taking so much heat?

When asked if he was vaccinated, Kyrie had this to say.

“I appreciate your question, bro. Honestly, I like to keep that stuff private, man…” “…Please just respect my privacy. All the questions leading into what’s happening, just please. Everything will be released at a due date once we get this cleared up.”

Kyrie is plays for the Brooklyn Nets, who are one of the three teams (Knicks, Nets, Warriors) that have to have their players vaccinated in order to play in their home stadiums.

The Nets are also the favorite to take home the NBA Championship this season, so many people are saying that Kyrie is being a bad teammate.

Is Kyrie being a bad teammate? Or is he simply protecting his rights as a human being. As mentioned earlier, he hasn’t said much, but I think we can assume that he just doesn’t want anybody telling him what to do.

Kyrie is known for having the Mamba Mentality, and standing for what he believes in.

As a human being, he is simply standing up for his rights. What is wrong with that?

In addition to Kyrie Irving, Bradley Beal has spoken on the vaccine situation.

“You can’t necessarily force anybody…or you know say it is time for a vaccine…” “…You have to let people come into their own about it and let them do their research.”

Beal’s full comments on the situation can be seen below.

Phoenix Suns’ guard Devin Booker revealed over a Twitch livestream that he tested positive for Covid-19 and will miss the start of training camp.

Along with Kyrie and Beal, Booker seemed to have skepticism on the situation.

Simply put, Booker’s status is not too clear. However, it is clear that he wants you to educate yourself.

Another NBA player that is speaking out on the vaccine situation is Jonathan Isaac of the Orlando Magic. Isaac had this to say on the vaccine.

“I thank God and I am grateful to live in a society where vaccines are possible, and we can have the means to protect ourselves in the first place. With that being said it is my belief that the vaccine status of every person should be their own choice.”

He says that he had covid, he has natural immunity, and the anti-bodies. His studies of the research available to him and his physical fitness level makes him feel confident that he doesn’t need the vaccine.

Isaac also made an important point. We need to respect others decisions. Not just the ones that we believe in.

Golden State Warriors Forward Andrew Wiggins is also not vaccinated which has stirred up some drama within the league.

Wiggins applied for religious exemption, but the request was denied by the NBA. Wiggins plays in San Fransisco and due to their city mandate will not be allowed to play in home games if he does not get vaccinated.

Wiggins said he realizes that his back is against the wall at this point, but he will stand up for what he believes in as long as possible.

Kyrie, Beal, Booker, Isaac, and Wiggins all seem to be on the same page when it comes to the vaccination status. The commonality among the group is that they want you to do your research and think for yourself.

The problem here isn’t whether or not they are vaccinated. The problem is that they are having their freedom of choice being attacked.

It is obvious that everyone has a different opinion on the vaccine, but forcing somebody to put something in their body that they do not want is a problem.

Even LeBron James, who is vaccinated, says it is their body, so it should be their choice.

“I think everyone has their own choice to do what they feel is right for themselves and their family,”

What LeBron said is exactly right. It should be an individual’s choice on whether or not they get the shot.

If you wan’t to get the shot, that is okay.

If you do not want to get the shot, that is also okay.

Taking someone’s freedoms away is not okay.

That is the real issue that we are facing. It will be interesting to see how things take place as the NBA season begins.

Most likely, someone is going to come down with COVID-19. With that being said, it is only a matter of time before the media outlets start to blame the unvaccinated stars of the NBA.

It seems like freedom of speech is promoted except for when it goes against the media’s narrative. The media is trying to make these players seem like bad people, which isn’t the case.

Kyrie isn’t a bad person. He is just misunderstood. The media continuously twists and turns his words to make it seem like he is a terrible person.

Kyrie is known to give back to the community and speak up when he thinks something is wrong.

If these freedoms are stripped away, think about what else can be taken from American citizens in the future.

The real question is, are we really free in America? Think about it.

If you want a real in-depth dive into this situation, we had an epic conversation with Uncle Hotep last night on I Got Next!: