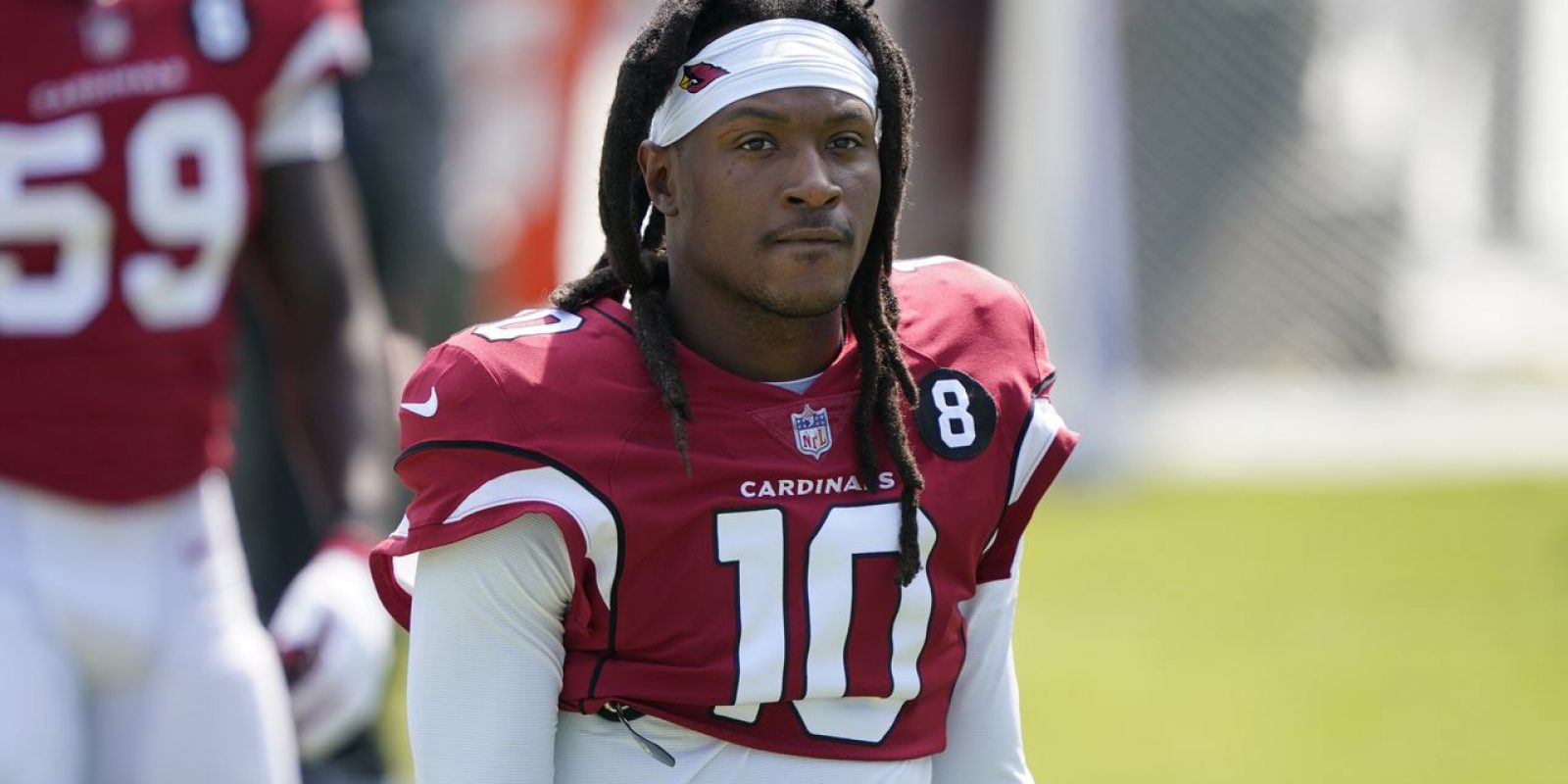 The NFL laid down some strict & confusing rules for its players this season, & the NFL players haven’t used their leverage to fight back against this incredible overreach of power. Why isn’t the NFLPA using its leverage?

The NFL, along with every other professional sports league, has their new rules & regulations to deal with the bug that’s been going around lately. In the NFL, the rules got more serious once the brand new bug spray was available. Most people have probably seen the NFL rules dealing with bug spray, but if you haven’t, we talked about them a few months back in our first ever episode of I Got Next; Men Of Order’s sports show which airs live on YouTube every Monday night.

Basically, the NFL mandated the spray, without actually mandating the spray.

The rules place pretty much no restrictions on players who have applied the bug spray, while making life miserable for players who have not. The goal was to influence players to get the stabby even if they didn’t want to, because without it they are now putting their team at risk & also their daily life is much harder than their protected co-workers.

The rules are drastically different for players who drank the juice & players who didn’t. Despite clear evidence that the juice doesn’t stop transmission, the NFL is acting like as long as all players are juiced up, the NFL will be protected against the bug. It makes no sense. It is nothing but a power grab & the NFLPA is allowing it to happen.

Regardless how you feel about the bug spray, the issue here is discriminating based on personal health decisions. The NFL knew they probably wouldn’t get away with mandating it, so they made these rules instead to heavily influence players & teams to apply it… & not many seem to care or see what’s wrong with that picture.

My question is… why aren’t the NFL Players using their leverage?

Chad said it best on our latest episode of I Got Next.

The shield is the shield (NFL logo), but ultimately, the product on the field is what drives the value of the shield.

The NFL players have all the leverage in these situations. But, that leverage only exists if camaraderie is formed. 15 players speaking out against these positively stupid rules won’t ever be enough to hurt the NFL’s bottom line. Half of the starters on a football team though? That could work.

The best players in the game, aka the revenue drivers? That could work too. We haven’t heard much about Deandre Hopkins ever since he spoke out against the new rules. They buried that very quickly, because he’s a superstar & his opinion is potentially influential across the league.

When Ravens QB Lamar Jackson was asked about the bug spray, he said that he is considering it but it’s a personal decision that he needs to figure out. Just him saying its a personal choice & he’s considering everything is somehow an issue for people.

The NFL’s media is strategic with how they frame it when somebody speaks from a different perspective. They shame Lamar to discourage others from going against the mainstream narrative. This shows me that they know very well that a plethora of players coming together to fight will work, & they are going to do everything they can to avoid that scenario.

“Take one for the team Lamar”, “We don’t have a right to endanger others”, “Perhaps McSorley should be named QB” are the first 3 headings in the first article that comes up when I google “Lamar Jackson va**ine stance”.

The article goes on to say that him simply making it a personal decision that he’s considering is him “displaying a narcissistic sense of entitlement that, unfortunately, is all too common among today’s athletes”.

Unfortunately, the only thing that’s been all too common is athletes conforming to rules that clearly overstep boundaries. And that’s because there is risk of public backlash that comes with speaking up. The risk shrinks if other players step up though.

What Would It Take?

If a plethora of the NFL’s best QBs, RBs, Linemen & DBs joined the best WR when he spoke up, they’d have to bend their knee & ensure the on field product stays the best it can be. They don’t want to embarrass the brand as they did in 1987, which I’ll get into in the next section. Cole Beasley threatening retirement might not get the league to fold, but Hopkins & a bunch of other superstars with the rest of their teams in solidarity could do the trick.

I’m looking at players who oppose these asinine rules but aren’t speaking up. I’m also looking at players who couldn’t care less because they already applied their bug spray, but aren’t speaking up for their brothers in the locker room who have valid concerns with the spray itself as well as the overstepping of boundaries by the NFL. Why are these players not using their leverage & fighting for whats right?

When it comes to contracts, mistreatment, revenue sharing & many other issues, NFL players have no problem taking a stand & fighting for what they want. When the NFL tries to tell players what to do with their own body, crickets. I guess the players in favor of the rules don’t see the precedent this sets.

I bet they’ll fight back as soon as the NFL puts restrictions on them for something they don’t want to do.

The last thing the NFL wants is another season like 1987. When the players went on strike in a fight to have free agency, week 3 of the season was cancelled. By week 4, the owners signed replacement players to make sure the bread & circuses didn’t stop… & the income. But, the product on the field was significantly worse.

Check out this halftime show from week 4 of the 1987 NFL season if you don’t believe me.

The players didn’t stick together in solidarity. Had every player stayed on strike, the NFL owners would have folded after a couple more weeks of terrible games. If the players went on strike in 2021, I don’t think the NFL owners would get away with this again without it significantly hurting their bottom line. The players make better money these days & wouldn’t be as motivated to cross the picket line if they truly wanted to fight back against management.

After the Kaepernick & kneeling situation, the confusing catch rules, being coined the ‘No Fun League’ due to stupid celebration rules, the replacement referees debacle, their mistreatment & lack of interest in the health of former players, etc; I highly doubt NFL fans will put up with watching random construction workers off the street suiting up to play linebacker on an NFL Sunday in 2021. Patience is already wearing thin, NFL owners would do anything they can to make sure 1987 doesn’t repeat itself. It didn’t even work with replacement referees during the 2012 lockdown situation, so replacement players in 2021 definitely wouldn’t be a good answer.

In 1987, at least the players tried to fight back. Some players folded which is to be expected. Players who crossed that picket line were outcasted & given hell for it by the rest of the players who stayed true to the fight. Today, it’s the other way around. The players fighting back are the ones being outcasted by their colleagues. Where’s the leadership from the NFLPA?

Getting the owners to accept free agency as we know it today took about 20 years of back & forth struggles between players & owners. Although the players didn’t win until 1993, the strike of 1987 played a role in it. Every pushback throughout the years helped the cause in the long run.

NFL Players Need to use Their Leverage, but it Might be Too Late Now

The NFLPA & players in general had an opportunity to push back against an overreach of power by ownership but opted not to. They could have used their leverage to fight for their rights. Now, they’ve set a precedent that says the NFL can control what players have to put into their bodies.

Regardless of which side of the fence you’re on, just understand that setting these precedents allows the potential for the overreach of power to cross over to your side of the fence. The NFLPA needed to use their leverage this offseason & make sure the owners & league understood they can’t choose what their employees do with their own bodies in terms of healthcare. Now, it may be too late. Who knows what they’ll mandate next?

You’re only for it until it’s against you.

For more on this issue in particular, check out this clip from another episode of I Got Next:

For more unfiltered reporting on the sports world, subscribe to the channel & turn on post notifications so you don’t miss any of our special edition episodes. This is what we bring to the table.

Our most recent episode: https://www.youtube.com/watch?v=mVfg2-MEXi8&t=1805s